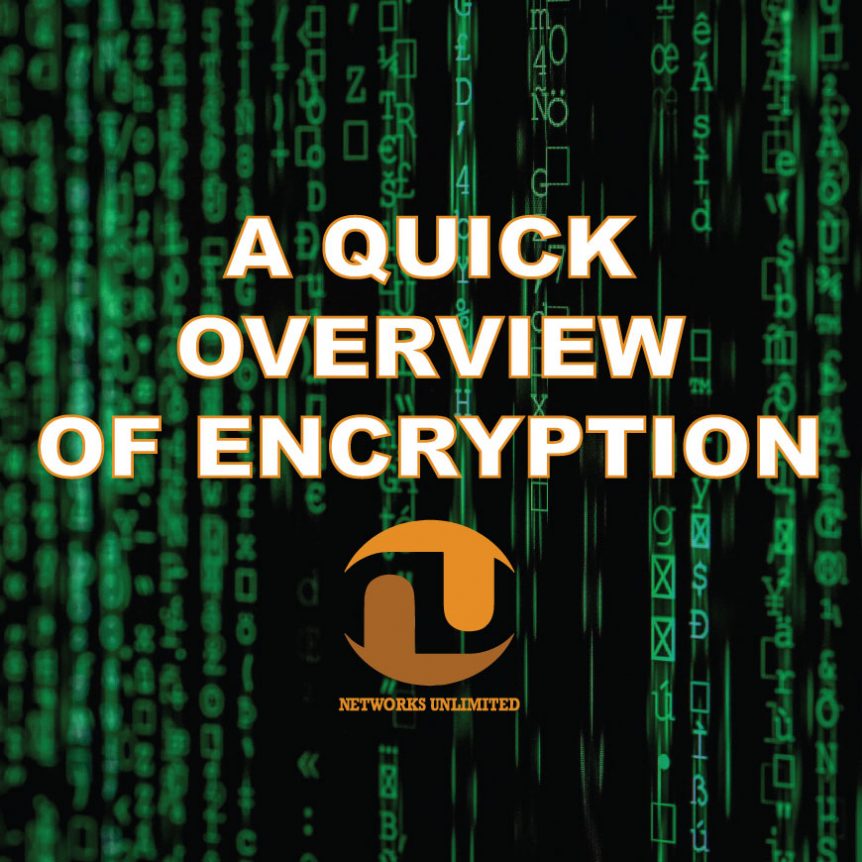 Over the last few months, the public has been sitting on the sidelines watching as the debate on encryption unfolds. It’s an emotionally charged subject that has the public divided. Despite your stance on the issue, though, some people are confused because they aren’t entirely sure how encryption works or what it even is. So, here’s a little background for you.

Encryption turns your ‘stuff’ into other ‘stuff.’

When you make a purchase online, send a text message, or email another person, this data is considered to be ‘in transit.’ During this period, a hacker can drop in and swoop your data up for themselves. Encryption takes your ‘data in transit’ and scrambles it with a sophisticated mathematical algorithm to prevent this swooping from occurring. This algorithm creates an unintelligible combination of your data that can be incredibly difficult and near impossible to unscramble. HowToGeek provides a few good examples here.

There are levels of encryption.

It isn’t just for the internet…or phones.

One of the main reasons encryption exists, and continues to exists, is to protect and preserve your privacy. It’s not designed to hide illegal activities. In fact, quite the opposite. Encryption is partially intended to hide your life from people attempting to carry out illegal activities against you—like identity theft, stalking, and fraud. But, that’s not all it’s meant for. Encryption is also intended to keep your conversations and daily activities as private as you want them to be. Just because you aren’t doing anything worth hiding, doesn’t mean people should be able to watch or hear you live your life.

If you have questions about your computer security and encryption, reach out to us! We’d love to hear from you. Keep your eyes peeled for a new Security Suite from Networks Unlimited and we can talk about more ways to keep your business data safe. Email us at sales [@] networksunlimited.com.

Our headquarters are located at 610 Rood Avenue in Grand Junction, Colorado.

We have an additional office located at 701 S. Townsend in Montrose, Colorado.