In 2011, the Knowltons purchased a 45,000 square-foot building. For the next two and a half years it would undergo renovations; transforming it into the largest indoor shooting range on the Western Slope of Colorado. Read about Rocky Mountain Gun Club here!

Rocky Mountain Gun Club was founded on a need. A need that became obvious when husband and wife, Shad and Brandi Knowlton, went to four-wheel just off of 24 Road in Grand Junction. They knew there was an outdoor gun range nearby, so when they first heard rounds being fired, they were not concerned. What did concern them were the people parking their cars on the side of trails and shooting their guns outside of the range. With others recreating in the area as they were, they became concerned and left. Brandi lost a family friend in an accidental recreational shooting incident and personally knows the devastation that unsafe shooting can cause.

In 2011, the Knowltons purchased a 45,000 square-foot building (that was once the manufacturing site of Marmot Clothing and various other companies.) For the next two and a half years it would undergo renovations; transforming it into the largest indoor shooting range on the Western Slope of Colorado. The facility boasts a full retail store, a gunsmith shop, a range with fourteen pistol bays, another with eighteen archery bays, and a separate range with six rifle bays with neighboring space for tactical shooting; and that is all on the first floor. The second floor is dedicated to education and is filled with classrooms and administration offices. 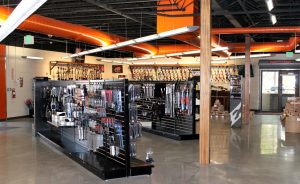 With strong values based in family and responsibility, the founders and employees of RMGC have a strong commitment to safety. In each of the ranges, a Range Safety Officer watches over and aids shooters with proper stance, bracing for recoiling, and answers any questions shooters may have. Many of the RSO’s are either ex-military, ex-law enforcement, or current law enforcement; some of them even past snipers.  “People trust the RSO’s because of their backgrounds,” says Sabra O’Crotty. 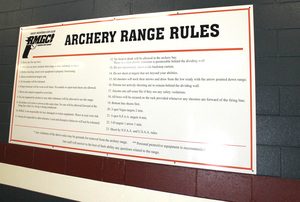 RMGC wants the community to know that they are not just a place for the guys. Entire families are welcome. In fact, there are no age limitations at the facility. They have a strong commitment to educating people of all ages on the safety and proper use of firearms. “We hope that the club becomes a place for people to recreate. A place where groups and members can meet, and a place for clubs to develop,” says O’Crotty.

On the second story of the club are large classrooms designed for simulations, concealed carry classes, ladies nights, beginner’s classes, and advanced classes as well. Where the community finds a need, the gun club will accommodate and design classes accordingly.  The simulation tool is set up to project different scenarios onto an entire wall in a large classroom. Shooters have an interactive experience as they that trek through a virtual reality that trains them for real-life threats and scenarios. The Gun Club plans to bring this tool to local law enforcement. 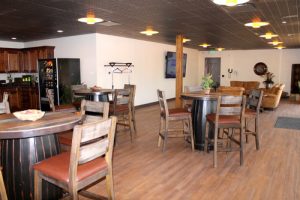 Throughout the development of the Gun Club, technology played an important role. Networks Unlimited had the honor of advising and helping the Gun Club with their IT. O’Crotty says, “Our experience with Networks Unlimited was as great as it possibly could be.” With a steep learning curve, multiple decisions makers, and the development of a brand new business, O’crotty adds that Networks Unlimited was very accommodating to their demands. She specifically mentioned the help of Robert Burkey, Darrell Himler, and Gibran Miramontes. “I knew their direct numbers by heart,” she said laughing, “now that we’re set up- I miss them.” She and Brandi agreed that they formed friendships with our team through the process. Networks Unlimited is ecstatic to see the Rocky Mountain Gun Club’s success and looks forward to their growth.